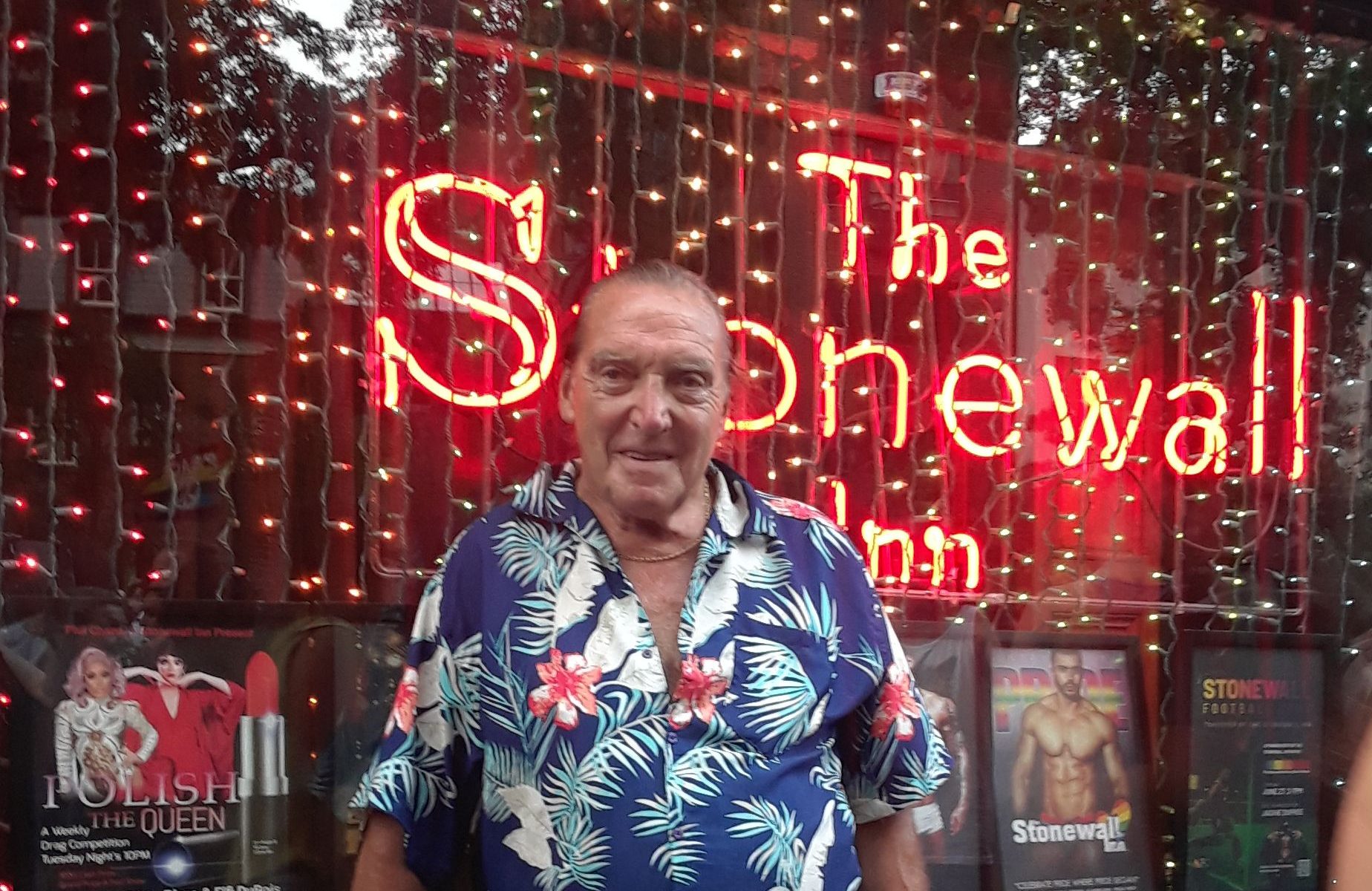 Cary at the Stonewall Inn Uprising 50th Anniversary. The Stonewall Inn originated as a speakeasy regularly raided by prohibition agents. In 1966, three members of the Mafia invested in the Stonewall Inn, turning it into a gay bar. It became the largest gay establishment in the United States, regularly raided by the NYPD who extorted payoffs to look the other way due to the lack of a liquor license. On June 28, 1969 a police raid sparked violent demonstrations, which led to the first gay pride parade on June 28, 1970 from Greenwich Village to the Sheep Meadow in Central Park.

The Stonewall Inn closed shortly after the riots but ultimately reopened in the early 1990s. Throughout the years, The Stonewall regained popularity and continues to pay homage to its historic significance, hosting a variety of local music artists, drag shows, trivia nights, cabaret, karaoke and private parties. Christopher Park and the surrounding area (including the Stonewall Inn) is the first LGBT-history site in the US listed on the city, state and National Registers of Historic Places.